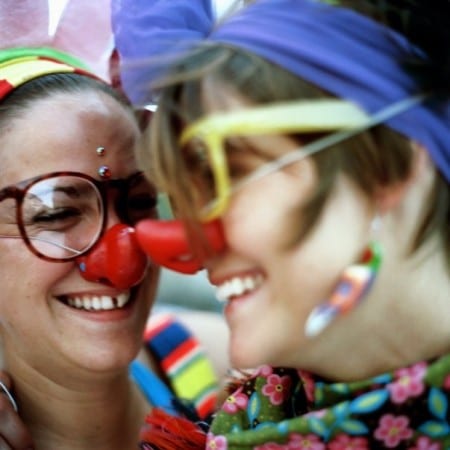 Patch graduates from the Medical College of Virginia in 1971. The Gesundheit Institute begins as a group of twenty friends, including three doctors, opening their six-bedroom home to the public for free healthcare. Over its 12-year history, an estimated 15,000 patients were provided healthcare. These years provide a “proof of concept,” affirming the effectiveness of a supportive, loving, community on those suffering physical and mental illness. The dream of building a full-scale rural hospital begins here. 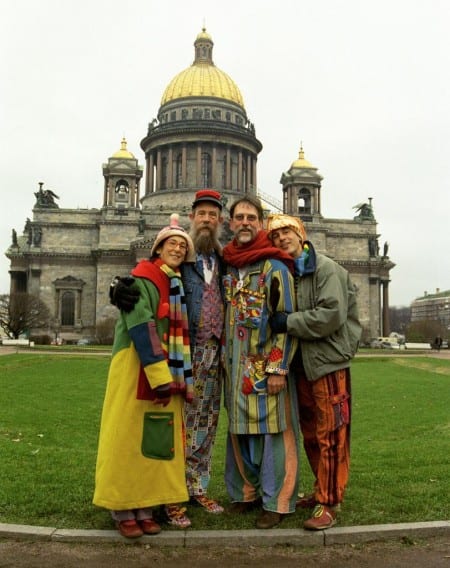 sure from the movie helped launch a decade of growth and development of Gesundheit and Global Outreach. Patch begins an ongoing worldwide lecture tour to raise money for building the hospital.

In West Virginia, building is completed on a domed “Dacha” for housing up to 8 staff members and a Chrysalis-shaped classroom. Illinois-based School for Designing a Society joins with GI, developing educational programs on the land and throughout the US and Canada. Global Outreach expands its scope of care, sponsoring clown missions (including healthcare, community development, and building projects) to more than 50 countries. The clown’s therapeutic benefits extend beyond enhancing health of individuals to improving family and community health. 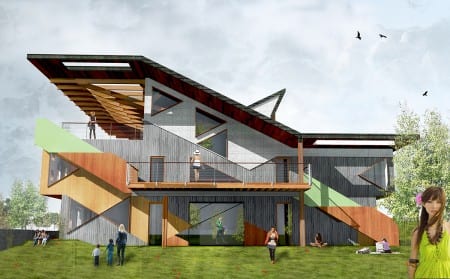 Patch and members of the Gesundheit Institute have provided lectures, conferences, workshops for caregivers in hospitals, businesses, medical and nursing schools in over 65 countries and on five continents, reaching approximately 150,000 attendees per year. Programs provided on the land in West Virginia include medical humanism electives, volunteer programs, alternative spring breaks, health care system design intensives, and health justice gatherings. The world’s first medical curriculum on “Compassion in Healthcare” begins its development in partnership with Bolaroja Clown Doctors of Peru and Cayetano Heredia Medical School in Lima, Peru. Gesundheit Global Outreach takes a leading role, partnering with Bolaroja, the PanAmerican Health Organization and other service organizations in an innovative multi-component collaborative community development project (the Belen Project) in the Peruvian Amazon, combining public health and clowning, now in its 8th year.

In July of 2007, The Gesundheit Board launches a fund-raising campaign to build the Patch Adams Teaching Center and Clinic, Pocahontas County, West Virginia. Construction begins 2011. 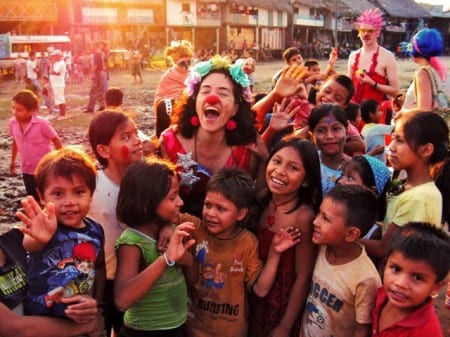 We provide opportunities in local and global activism and health justice advocacy. We offer education and experiences in community-based mental health care. We continue efforts to fund and build a forty-bed rural community hospital. A healing environment, It will be funny looking, delightful and full of surprises. We continue developing the human architecture to staff the hospital. We promote healthy communities. We protect compassion and care as core values supporting healing and health.