Gesundheit, through our world-work, seeks to restore people, communities, systems, and planet to wholeness and health through laughter and loving care. Our activism promotes and models humane values of generosity, justice, and compassion.

We began traveling and clowning around the world in 1985 and has grown every year since. In 2006 we began the Gesundheit Global Outreach programming to help us organize all the individual trips taken throughout the year.

Gesundheit Global Outreach Clowns (GO!CLOWNS) offers opportunities for volunteer social and medical activism around the world! Our missions have brought thousands of international volunteers to many of the world’s most distressed regions.  GO!CLOWNS  is a leader in developing the therapeutic role of the clown in healthcare settings and distressed communities worldwide .

Join Us on a Trip! 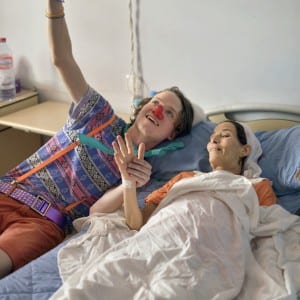 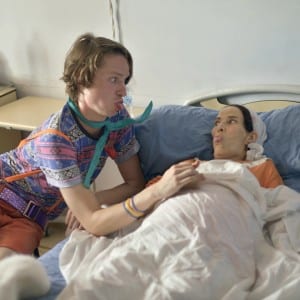 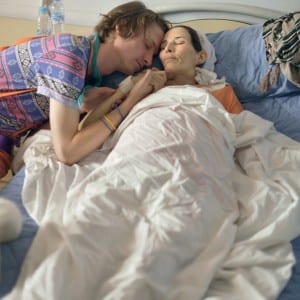 The arrival of a good clown exercises a more beneficial influence upon the health of a town than of twenty asses laden with drugs. Thomas Sydenham, 1624-1689
Physician, and founder of clinical medicine and epidemiology 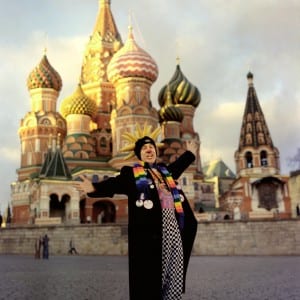 The beginnings – Gesundheit’s ‘nasal diplomacy” began when Patch led a group of volunteer clowns to the Soviet Union in 1985. The fundamentals of Gesundheit medical clowning and the structure of clown missions were developed in the annual Russia trip (now in it’s 30th year). What began with bedside clowning in hospitals expanded to include missions to orphanages, schools, psychiatric facilities, nursing homes and prisons.

From the bedside to the battlefield – In 1997, Gesundheit  clowns came to  Bosnia, our first experience  clowning in war zones. This and subsequent clown missions to huge refugee camps (up to 250,000 people) in Macedonia (1999), Afghanistan, Serbia, Croatia (2002),  Israel, Gaza, West Bank, (2002-2009, Algeria  (2003), and Jordan (2014) gave us experience in working with traumatized communities. The clown, we learned, could impact health and wellbeing of communities, as well as individuals and families.

From the battlefield to building projects – From 1999- present, GO!CLOWNS led scores of humanitarian missions to Africa, Asia, Europe, the Middle East and Latin America.   Our first annual Alternative 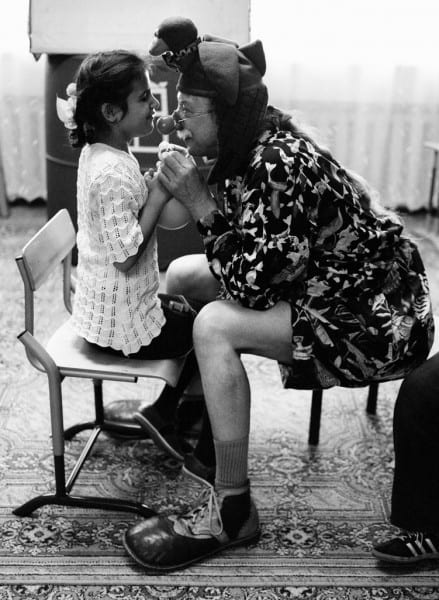 Why we clown – We define clowning as “ spontaneous improvisational play” while wearing the red nose. The GO!CLOWNS method is to create, in the moment, joyful atmospheres enhancing the well-being of individuals and groups. The clown in play disturbs the status quo, exposing rigid social power gradients (sick/well, rich/poor, boss/worker, doctor/patient, prisoner/guard, etc) such that horizontal relationships emerge.

The clown, in effect, IS medicine. We have witnessed countless instances where collaborative play in the hospital setting eases suffering, promotes healing, and caregivers to hidden reservoirs of compassion and joy, enhancing intimacy with their patients, so often shut down in healthcare settings. 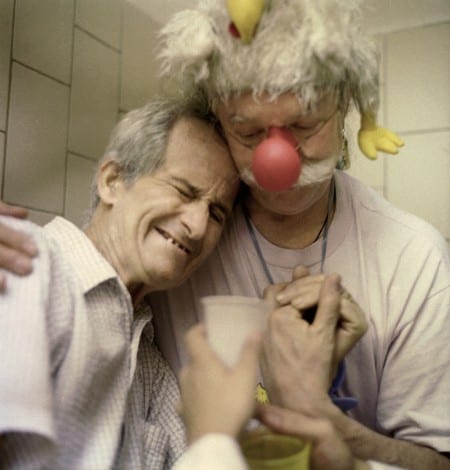 GO!CLOWNS has unparalleled experience working in communities damaged by poverty, calamity, or war. Clowning in combination with public health outreach can bring laughter and play back to the public space, and heal the damaged spirit of an entire community.

To support this outreach:

Donate! Invest in making a happier, healthier world one smile at a time!
Volunteer on a clown trip!
We accept tax-deductible donations for our projects.
You can earmark how you want your donation to be used.
Support a clown scholarship for needy volunteer clowns.
Support building of community centers and clinics, or the providing of humanitarian aid.
Check clown trip announcements on the website, or facebook.
Support specific community development projects, micro-credit loans, and scholarships for needy children.
If you are interested in being a supporter or participant in Gesundheit! Global Outreach, click here!
Subscribe to our monthly e-newsletter at the top of this page.