The 9th Annual Belen Festival, August 5-17, 2014,  brought 130 clowns from 16 nations together with the children and families of the Belen neighborhood in Iquitos, Peru, a gateway city to the Amazon.

Sponsored by Lima based Doctores Bola Roja and Gesundheit Institute, clown volunteers returned to the streets of Pueblo Libre, Belen’s riverside district, continuing this collaborative community development  project. Clown volunteers from ages 2 to 75 (60 of whom were newcomers) joined with the residents of Belen in an intensive in joyful volunteer service. 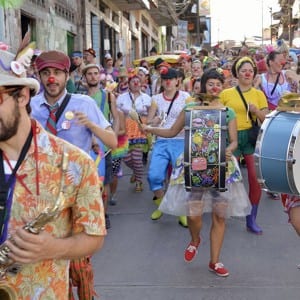 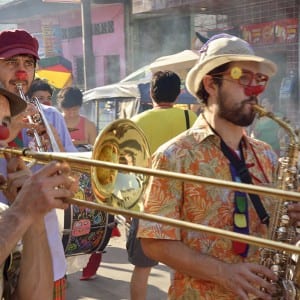 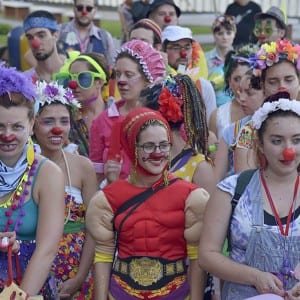 Parades opened and closed the festival to celebrate the return of the clowns and the joy of another completed Belen Festival. The celebration echoed through the tightly packed streets of Belen, as music provided by clown musicians and the Peruvian Navy Marching Band combined with the driving Murga rhythms of the percussionists.

The theme of this year’s festival, “Nutrition”, was designed to address the high incidence of malnutrition, which affects one out of three Pueblo Libre children. A traveling street theater production with costumes, music and dance, demonstrated the combination of local and readily available food groups to achieve optimum nutrition. Over the course of the festival, the performance was enjoyed by hundreds of Pueblo Libre children and parents. 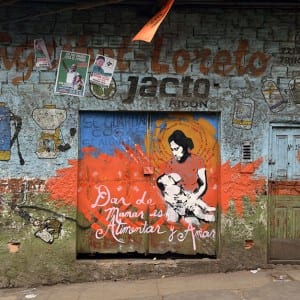 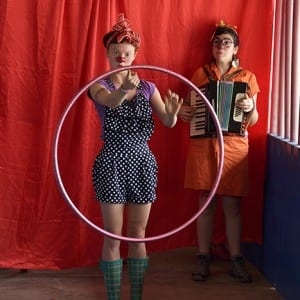 Mural artists from the US, Peru and Russia joined with children to beautify Belen.  A series of “Belen Madonna” murals depicted a mother breastfeeding her baby, the most crucial nutritional action for healthy growth and development.

A variety of workshops were held for the children of Belen covering a number of activities like music, dance, art, hula hooping, puppetry and much more.

For the 3rd year, Dr. Carl Hammerschlag’s “Street Clinics” brought mental health professionals to the streets of Iquitos and Belen, for free public mental health consultations. These consisted of 20 minute sessions for anyone wanting to talk with “clown clinicians” about whatever was troubling them.  Belen citizens gave very strong, positive feedback to this event.

Gesundheit Institute would like to thank everyone who was involved in the organization of this years festival for all of their hard work in creating such a wonderful environment of care, friendship and service.

Next year’s Belen Festival is scheduled for August 5-16, 2015. Keep informed by following  announcements for registration on patchadams.org and belenproject.org.