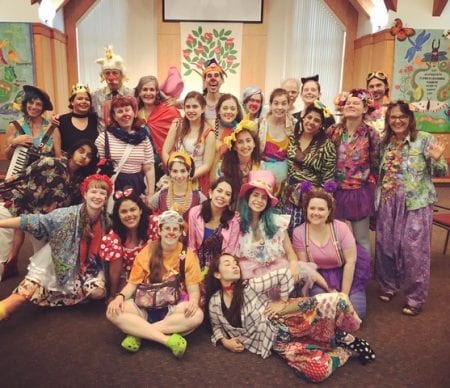 Couldn’t attend the 2017 Construct Your Humanism session—and would like to know what happened?

The “Construct Your Humanism, 2017” education session took place this June 12-July 2 in Urbana Illinois, the home of Patch Adams MD, Susan Parenti, and School for Designing a Society. 25 people from 5 different countries participated, living together in an 8 bedroom house in Champaign Urbana. The session was an action call for each participant to construct her/our humanism. We think of a humanist as a person who puts the well-being of living systems – human and non-human – above all else, and acts accordingly. Humanism is a counter to de-humanization.

These are only some of the questions we examined in our time together! 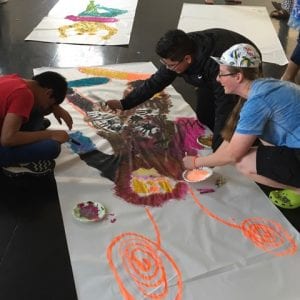 We also invited participants to develop several differing personalities. Each of these exists in one of three contexts: community living, learning society, and performance/composition/clowning ensemble. So daily each person would switch between three ‘hats’—as a bathroom cleaning communard, as a learner and teacher, and as a crazy artist/performer/maker/ clown. Some may call this way of ordering personalities, a positive multiple personality order. We find that to act humanely in today’s society requires a variety of self-presentations—to have alternative ways to present oneself in response to dehumanizing structures. The solo self-image doesn’t work—it’s not sufficient to respond to the calls on our humanism.

This year we placed an unusual emphasis on play. Since the opposite of de-humanization is play, we considered play the vision and practice of belonging. We introduced concepts by means of playing them. As part of this emphasis on play, Construct Your Humanism 2017 session hosted a children’s summer arts camp. We met approximately 15 children three times a week in a session called I to Eye.

Here are some more events we participated in those 3-weeks: 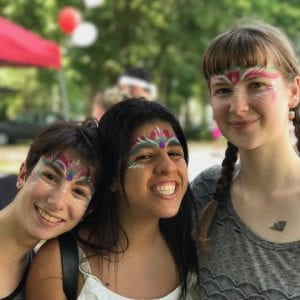 Follow our social media to learn more about future events and opportunities.