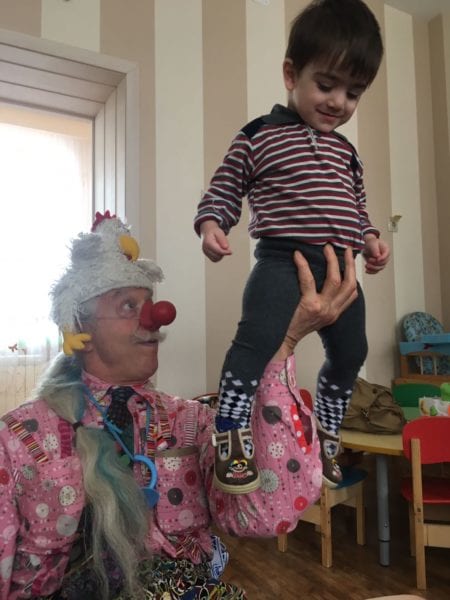 I just returned from my first week-long Clown Trip with Maria Eliseeva (of Maria’s Children) to the town of Beslan in Russia.

In 2004, a group of rebels entered a school in Beslan, and held the school hostage 2 days. In the aftermath of the siege, we learned that 340 hostages were killed, this includes 180 children. Since 2005, Maria’s Children has visited the town and the school.

Maria Eliseeva works such magic, that many of the people have such radiance in the face of this tragedy. From example, Zita, our guide and one of the organizers was 7 years old, now she is 22 years old and stood on my shoulders as we clowned around. When I stood in the gymnasium where many of the children were gunned down,  I wept. I wept for the children who died in this town in Russia. I wept also for all school shootings in the United States. 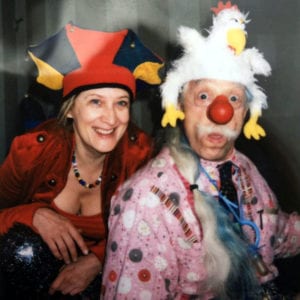 Let us make a loving world. Lets teach our children the intelligence of loving.