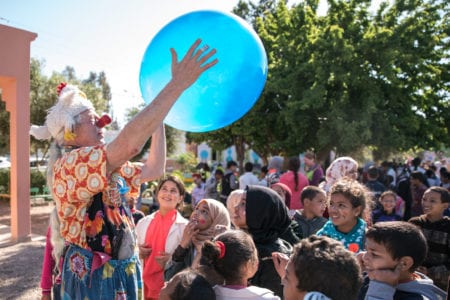 My first introduction to the United States came shortly after I moved to Virginia, from an army base in Germany.

Everyone in the army was like family, brothers in arms, they would say. While I was living in Virginia, I saw a sign on a public drinking fountain saying “White’s Only”. Living in a society with such hatred, seeing the sign crystalized what I felt after I moved to the United States Mainland. No one tore the sign down because it became so normalized, and I didn’t want to live in a world in which this degree of hatred was seen as somehow “normal”. 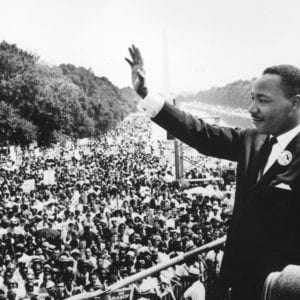 It was being present, and hearing Dr. King’s speech in Washington DC that later gave me hope. After my third suicide attempt, I heard Dr. King’s words and decided that I shouldn’t kill myself – I should make my own nonviolent revolution! And so, in a way, Dr. King gave me the privilege to think I could dream, and dream I did.

The Gesundheit Institute was formed based on the passion he gave me to keep living, keep having fun, and keep working to make my own dream come true. We’ve been working for 47 years, and we aren’t done yet.